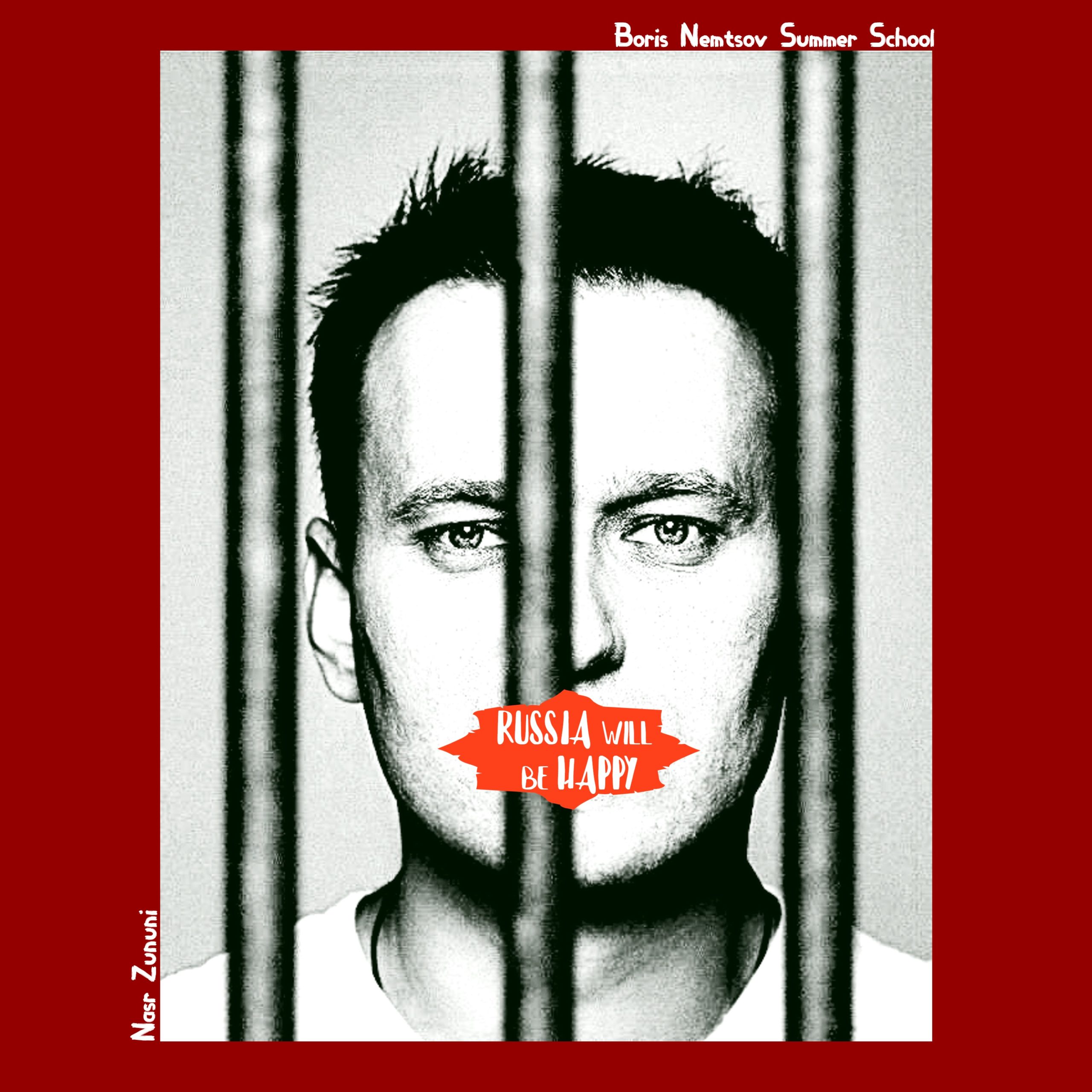 The idea and concept of the musical project was to release experimental electronic music using various sounds from the life in prison of Alexei Navalny. The main character in the audio materials is Alexei Navalny and the situations that unfold around his poisoning, arrest and court case. For example, the sounds of handcuffs, the judge’s hammer, a police baton, the cries of protesters, Navalny’s last speech in court, Palumna Lovegood’s quote from the movie “Harry Potter and the Order of the Phoenix”, Navalny’s groans on the plane (when he was poisoned), the sounds of a stun gun, the sound of closing prison doors, the sound of a running man, the sound of ambulance serenas, musical beats, synth bass, groove bass, percussion, etc.
From the selections of these sounds, experimental electronic music was composed.

This project contains an exclusively musical character and does not have any purpose of calling for something or the purpose of offending anyone.